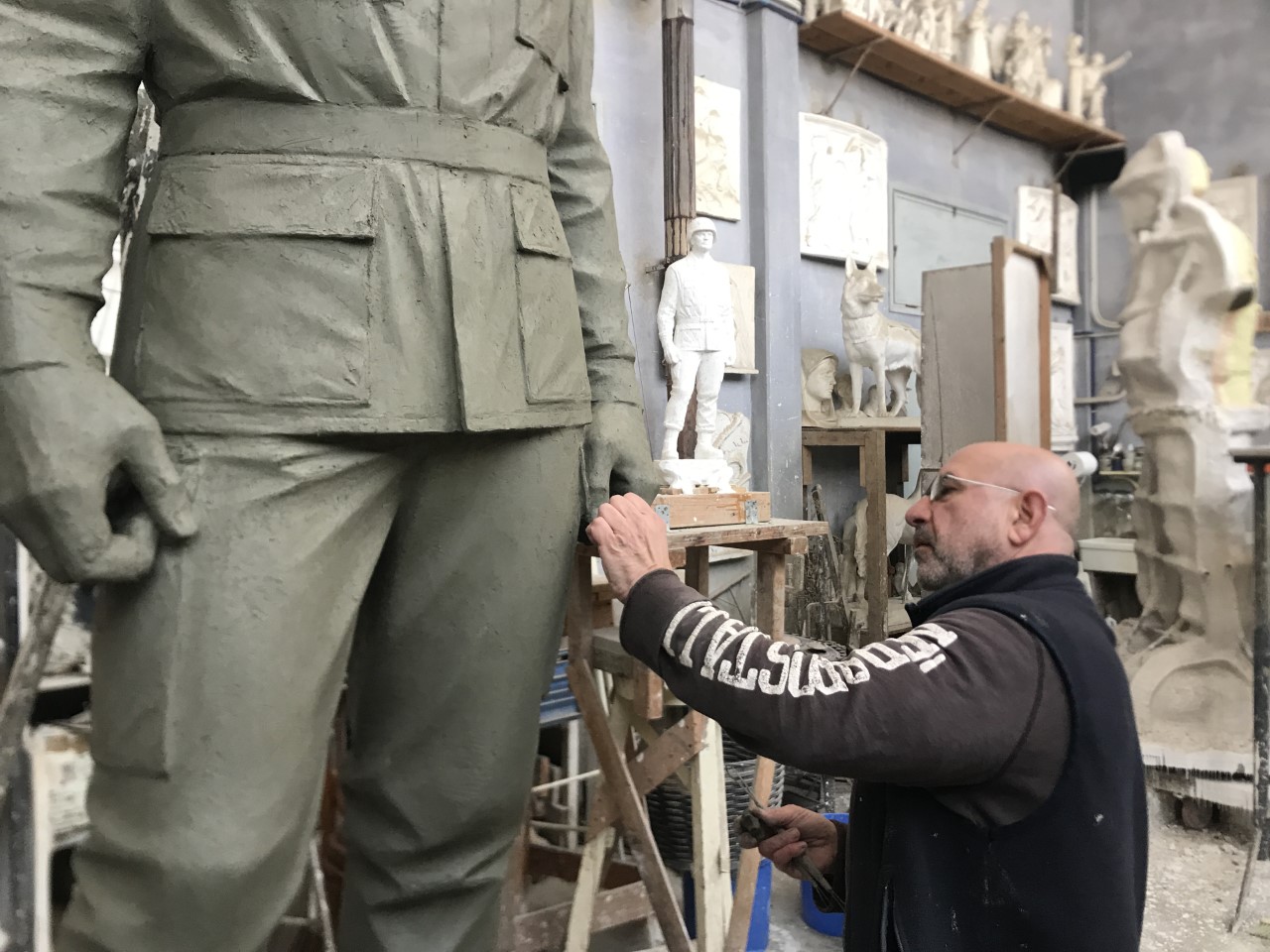 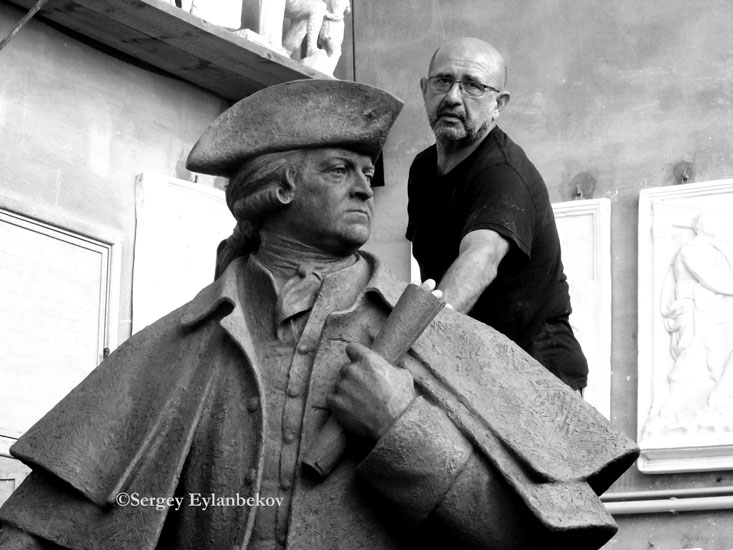 Sergey Eylanbekov, a world-renowned sculptor, grew up in the Soviet Union. He graduated with honors from the prestigious Moscow Surikov Academy of Fine Arts. After graduation, he actively exhibited his works, several of which were acquired by major Russian museums. During the tumultuous period of change that occurred in the 1980’s during the Gorbachev era, Eylanbekov decided to start life over in the United States. Speaking no English and desperately short of money, he came to New York. Initially he earned his living by making sculptures, the majority of which were endorsed by major museums throughout the United States. At the same time, he kept working on new original works, participating in various art shows and contests. Sergey worked his way to the top of his craft, becoming an American citizen along the way. In the past thirty-two years, his ascent has continued as his artwork has garnered praise all over the world.

In 2018, Sergey sculpted the John Adams and John Hancock bronze sculptures that reside in the City of Quincy's Hancock Adams Common. In 2020, Sergey completed twelve monumental bronze statues for the Dwight D. Eisenhower Memorial in Washington D.C. depicting the trajectory of the life of President Eisenhower as a young boy, through his life in the military including and his time as a General in the U.S. Army. Sergey’s previous public commissions include a monumental bronze sculpture of Brazilian soccer legend Pele’: a monumental bronze piece for the City of Oslo entitled Peer and Three Herd Girls: and the first prize-winning official U.S. entrant in the 2004 Worldwide Olympic Art and Sports Contest in Athens, Greece entitled Five Continents.

Sergey lives and works on Long Island, New York and in Pietrasanta, Italy. He is a Fellow of the National Sculpture Society. 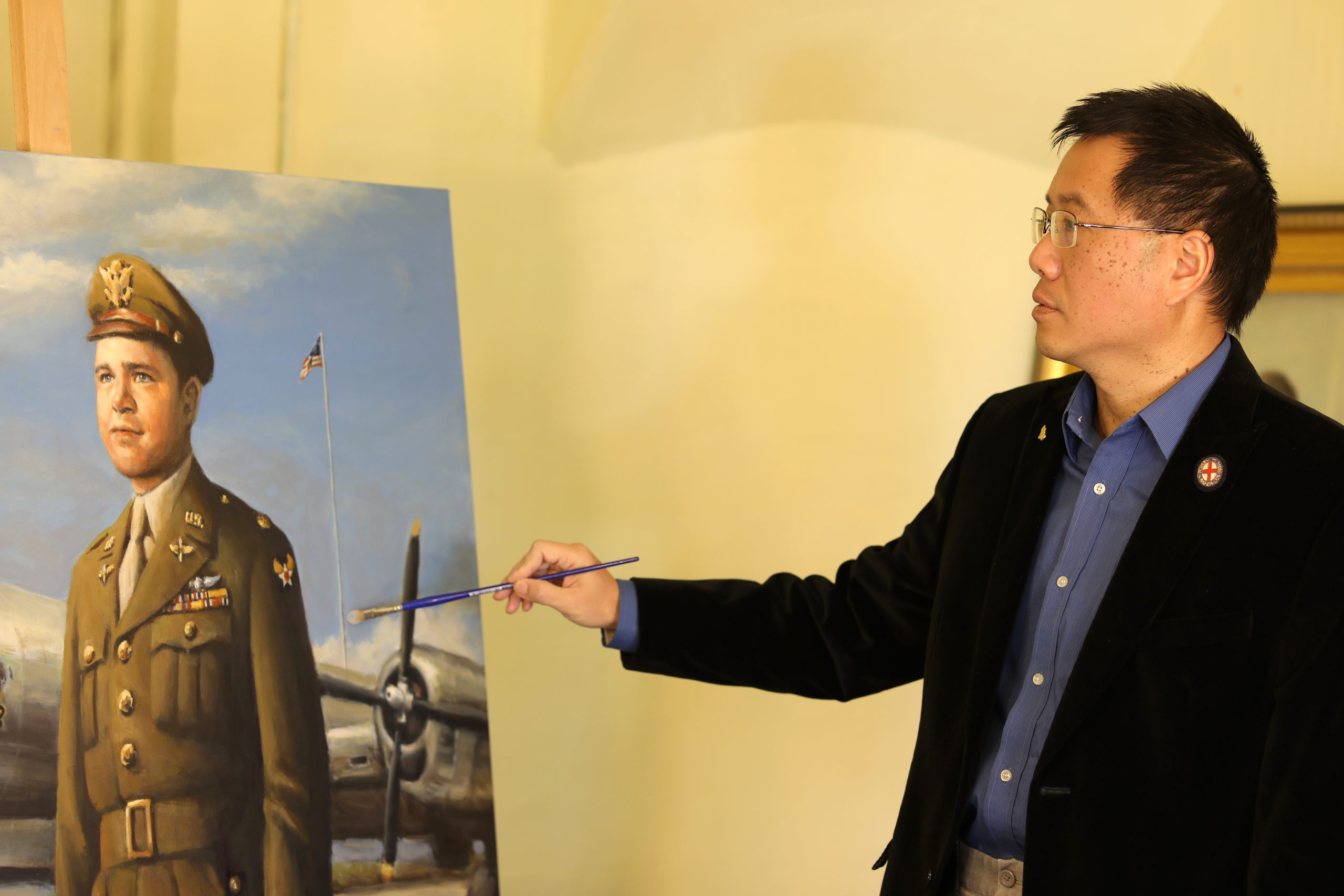 David Wang is a painter/photographer who specializes in the style of photo realism. After graduating from the Rhode Island School of Design in 1996, his work focused on portraitures, in mediums of oil, watercolor and photography. A native of Shanghai, David's extensive travels around the world have shaped much of his imagination and inspired his creativity; from Shanghai to Munich, Paris to Vienna, his world view was expanded and his passion for art deepened. Apart from pursuing his art and travels, David has also served as a guest lecturer on oil painting at Artist for Humanity Boston, a non-profit organization that trains inner-city teens for a career in art and design.